Founded out of love for art

In the 1950s, three friends dreamed of having their own museum for modern art: Boele Bregman, Sjoerd de Vries and Thom Mercuur. They agreed that the museum would be built in Friesland, because they wanted to continue living there. The paintings by Sjoerd de Vries (1941-2020) and Boele Bregman (1918-1980) would be exhibited there and Thom Mercuur (1940-2016) would become director.

More than forty years later, the dream became reality. In November 2004, Her Majesty Queen Beatrix opens the doors of Museum Belvédère, the first museum for modern and contemporary art in Friesland. The museum displays a collection of works of art by important Frisian painters such as Jan Mankes, Thijs Rinsema, Tames Oud, Gerrit Benner, Boele Bregman, Willem van Althuis and Sjoerd de Vries, but also shows works by kindred spirits from home and abroad. For the Frisian artists, Museum Belvédère will become a home base, a place they never had as loners in art.

Since 2008, Han Steenbruggen has been director-curator of Museum Belvédère. Founder and former director/curator Thom Mercuur remained closely involved with the museum until his death in 2016. 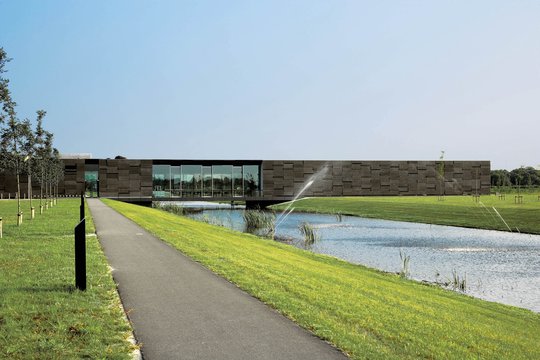